About Me
I'm on Mastodon! Follow me from here. Mastodon 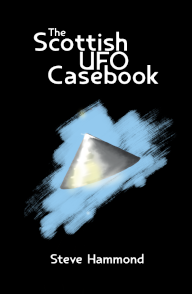 At last! A compendium of cases! Hundreds of Scottish UFO sightings, chased down from the archives and written up with an eye to the facts!

When I got The UFO Encyclopedia for my 11th birthday there was something missing... anything about Scotland.

Nothing was in the local library to solve that. All that I had was the occasional sighting in the newspaper, which I cup out and saved in a folder. There wasn't much. But skip a few decades and the National Archives has thousands of declassified UFO documents. There are thousands of zines newly available at the Archives for the Unexplained. And so I had the idea of compiling all the Scottish cases I could find. 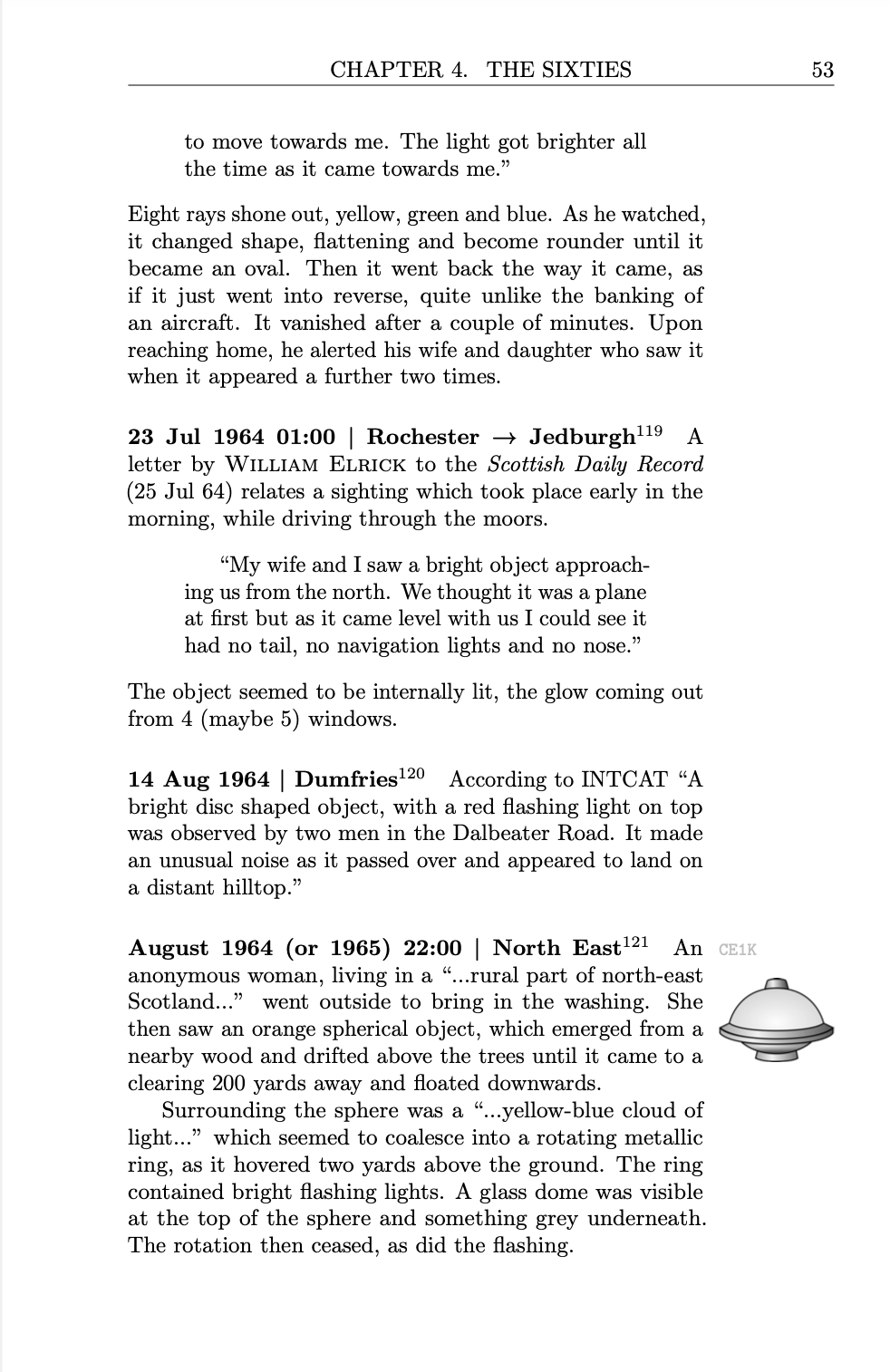 In the end I amassed a selection of over 800.

These range from sightings to close encounters, from well-known cases to cases which have never before been presented to the public. I've written it in an unsensational style, being mindful of what the facts are. Best of all if you're a researcher, there's a comprehensive index and each entry is fully referenced. If you want to follow up a sighting then the casebook tells you where the original source can be found.

Would you like to check it out first? I've got a smaller, but free, version available from the Downloads menu! Or from this link:

There was a podcast called Terms which began in 2015. This detailed the fictional political events surrounding a demagogue US presidential candidate. The cliffhanger ending of Season 1 was the sitting president refusing to go and... well there's parallels with recent events. I'd encourage you to listen to the whole season. In the gap between seasons, they opened it up to other writers for a possible anthology season. I submitted a pitch, which was accepted, and then wrote the script.

At the time, which was 2017, I wrote on my site: "Production currently aimed to take place sometime in 2019, assuming that reality in US politics doesn't continue to outstrip anything that fiction and satire can come up with." Well, that was some assumption.

Needless to say, reality outstripped fiction and further episodes were never produced. So I've decided to make my unproduced script available for download. It's written as a standalone episode and explores why the intelligence agencies never saw it coming...

FREE STUFF ALERT! My lockdown project is ready. I used to write a single-page fictional newspaper for the Cyberpunk 2020 roleplaying sessions I used to play with my friends. After the adventures ended, I wrote it all up as a report. And then a few years ago I wondere if I could do the same thing... but with real world news. Unlike the other projects, this is non-fiction. It's a newsletter -- no scratch that an information supplement -- based on stuff I found in the real world. It's a bit of an experiment.

Cyber Rebel is an idea of how to present news of interest to notional cyperpunks, how to present data, with one eye always on how do I know that? It's a bit sweary, often angry, kinda weird in places, but it's all true.

Just to prove that we're serious about this whole comic creation business Archangel: Shattered is a 16-page one-shot set in the Archangel universe, with a script by myself adapted from a movie vignette by Nicholas J. Cook. Art is by the amazing combination of AC Rillo SR. on inks with Bee Jay Bolaji on colours. Best of all, it's a free download! So you can enjoy tales from the Archangel universe without worry.

Archangel: A Deed Without a Name

It's been released! Check it out over at Comixology for the bargain price of $1.99 for 40 pages of demon-busting goodness. If you're not sure yet, download the special teaser edition from the Free Stuff menu at the top. The free edition contains the first ten pages, plus some bonus material you wont find anywhere else, to sweeten the deal. The teaser includes preliminary art studies and a text story based on the upcoming web TV series.

❝There's a limit to the rate that you can believe in the miraculous…❞ What kind of world is it, when a day hunting demons in lonely valleys is normal? Especially if you’re hunting it with the avatar of the Archangel Michael? But today isn’t a normal day. And his time is running out.

If you like it, please recommend it to someone and leave a rating on Comixology. Everything helps, not least to the egos involved. And the more popular Archangel gets, the more of it there's going to be.

Archangel is set in the present day. It's the story of the current incarnation of the Archangel Michael and his last day hunting down a demon before, well, he doesn't have much time in which to do it. Secrets are revealed and larger events are triggered. The script had been kicking around for a while, but the pace of production ramped up in the middle of 2018. I delivered a revised edit to Last Ride Digital VideoI joked that it should be Last Ride Dynamic Vision. It got a laugh, therefore it's official. (in the form of head honcho Scott Torwalt) earlier in the year. Last Ride Digital Video?

Video? Wait. Isn't this a comic?

Not to begin with. Archangel began as a web-TV show, now in early pre-production. Scott Torwalt, the showrunner, asked me to write a prequel comic, with the brief of showing how Michael got to the beginning of the show. Bryan Sevilla inked and coloured the pages. Since one of my old jobs from the games industry days was typesetting, it made sense for me to construct the final output. Along the way I offered to do the lettering too, as it was a way to get a quick way of tweaking the script without endless back and forth.

Successful? Well since I've now been asked to pitch an entire Archangel series, I reckon so. And also another unrelated one-shot which I can't talk about yet.

This site is to present my writing, and some other interests. I was co-writer on the orginal Grand Theft Auto as well as Hired Guns and Body Harvest..

If you don't see anything here which resembles Twitter, then you've likely got adblocker/tracking protection on... respect!

Are wondering how on Earth you can show your appreciation? (You are? Really?) Okay, then. If you enjoyed one of my free downloads, or have fond memories of a retro game I once worked on, you can donate as little as you like. Entirely voluntary of course. Or, of course, you can buy Archangel on Comixology.

Cheapest of all, of course, is just to tell me thanks! It's all appreciated.

You can even hire me to letter your comic! Get in touch.

For some unnacountable reason, I have T-Shirts for sale. Including that "Lemmings" one that everyone asks me about. Find them here: